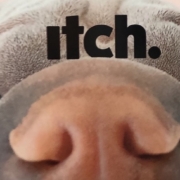 London Creative Agency’s Campaign is Long in the Face 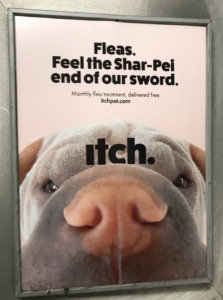 This advertising campaign in the London Underground stopped me in my tracks. Not literally – the posters were on the walls along the fast-moving escalators down to and up from Underground stops – but definitely in terms of snagging my attention.

Maybe it’s the eyes, so expressive of adoration and love, discomfort and sometimes even mischievousness.

Maybe it’s the noses. I can almost feel the cool dampness.

Or maybe it’s just the fact that they’re dogs and cats, for cryin’ out loud.

For me, it’s all of those, plus the clever use of the animals’ breed names in the headlines.

Whatever makes it so arresting, the campaign is for itch., which develops and sells flea and other treatments for humans’ best friends. The company developed the campaign in collaboration with London-based creative agency NOW.

Not only did it grab my attention, but it made me stop and think about our dog and whether we’ve treated her properly. Which is the point.

“Charlotte Harper, Chief Marketing Officer at ITCH, says: ‘ITCH was launched with the aim of infusing the pet care market with a massive dose of personality, whist offering pet owners direct access to the best personalised flea products for their pets… We wanted a unique, playful and unforgettable ad and NOW have really delivered on our brief to delight and scare us!’ said Charlotte Harper, Chief Marketing Officer at ITCH.”

Check out  itch.’s Instagram for better images and more of them, read more about it in the Marketing Communication News and check out what NOW has to say about bringing out the brilliance to kick out the fleas.

Forgive the quality of the images. Like I said, the escalators were really moving. 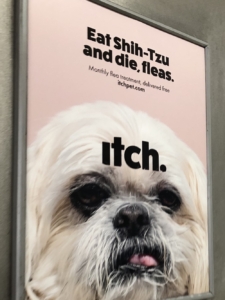 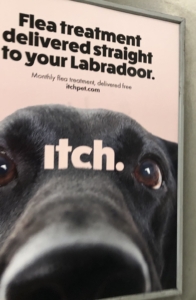 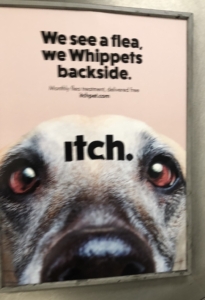