Fargo-Moorhead is just plain smart. Those of us who been living and doing business in Fargo, N.D. and Moorhead, Minn. have known it for years. The marketing team’s job was to help make sure out-of-towners know it, too. The goal was to claim a strong, defendable position and roll it out in a campaign that would help the Greater Fargo Moorhead Economic Development Corp. recruit businesses, entrepreneurs, students and workers, and to retain businesses already located in the metro area.

We first defined the key differentiator: smarts. Fargo-Moorhead is a smart place to raise a family, get an exceptional education, launch a successful career, turn an idea into a profitable venture or grow an existing business. We have hundreds of examples of successful companies, students, researchers and entrepreneurs here to back up the claim.

Once we landed on the “smart” positioning, we developed the expression that captures it regardless of audience or communication objective:  Smart Move>Fargo Moorhead. It’s a positive idea grounded in truth, one that is reinforced with the arrow moving the reader forward toward Fargo-Moorhead, and one that is already in the common lexicon.

Smart Move>Fargo Moorhead became an overarching theme for aiding the GFMEDC in its business recruiting and retention and workforce development efforts:

› Need a great education? Make the Smart Move to Fargo-Moorhead, where we have several exceptional colleges and universities.

› Looking for a career change? Make the Smart Move to Fargo-Moorhead, where good jobs are in abundance.

› Need a place to expand your business? Make the Smart Move to Fargo Moorhead, companies are flourishing.

People who come here, for whatever reason, are making a Smart Move. You should come here, too. 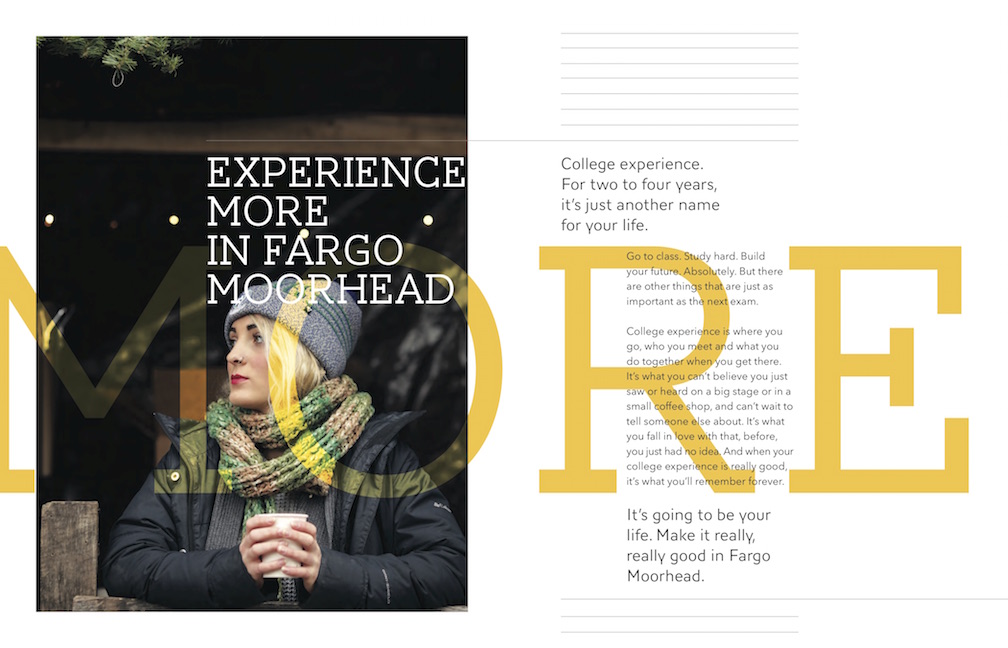